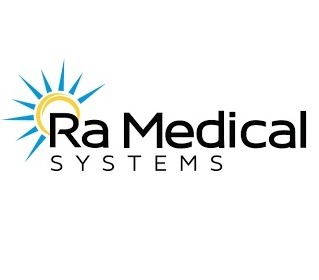 The laser system is based on Ra Medical’s core excimer laser technology platform that produces 308 nanometer light, a UVB wavelength that studies have demonstrated increases T-cell apoptosis, or cell death, which may produce a beneficial, targeted immunosuppressive effect.

In Ansari’s study, 292 lesions were treated in 200 patients at his outpatient office-based lab in El Centro, USA, an area with high diabetes, peripheral arterial disease, and amputation rates. “In my experience, DABRA delivers results rapidly and safely, even in challenging cases,” says Ansari. “DABRA can treat all types of plaques in arteries above and below the knee. Patients are discharged in two to three hours, allowing them to quickly return to their daily lives. Most importantly, the system meets the need for safe, high-quality tools in smaller-scale settings, including office-based labs, allowing me to spare patients from hospital stays and reduce costs.”

DABRA (Destruction of Arteriosclerotic Blockages by laser Radiation Ablation) is a novel, minimally invasive excimer laser system that non-thermally, photochemically ablates channels in vascular blockages. Unlike many treatments for PAD that may damage the arterial wall, the laser system treats blockages with minimal vascular trauma.

“We believe Ansari’s study and experience are further evidence that DABRA benefits patients, physicians, and the healthcare system as a whole,” added Dean Irwin, Ra Medical Systems CEO. “We are delivering on our mission to provide physicians a better treatment to save limbs and lives in the USA and around the world.”

The Growing Role of Lasers in Treatments for Better Blood Flow